WildCare’s 34th Annual Dining for Wildlife Event
Reservations are now closed, we hope you will join us next year!

Reservations close Tuesday, May 7, 2019 Click to request your reservation now! 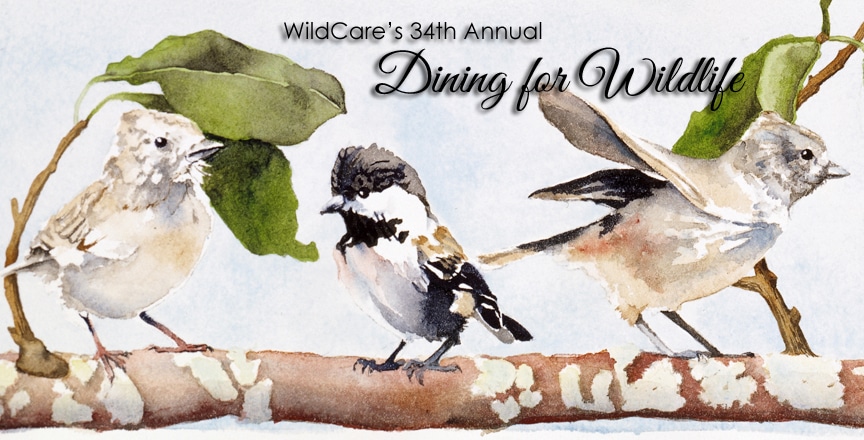 Enjoy a WONDERFUL meal at a GREAT restaurant, and SUPPORT our wildlife and education programs!

Dining for Wildlife is WildCare’s longest running event… our 2019 event will be our 34th year!

This fun event offers WildCare supporters the chance to dine out at amazing local restaurants while raising much-needed funds for our Wildlife Hospital and Environmental Education programs.

Dining for Wildlife 2019 will take place on Tuesday, May 14 and Wednesday, May 15, and reservations for participating restaurants (made through WildCare) are available starting April 5th!

Each dinner includes an appetizer, a main course, dessert and a glass of wine or beer. Gratuity is not included.

Thank you to these wonderful restaurants for participating in our event!

Reservations are made through WildCare. Please do not contact restaurants directly.
Prices are per person and do not include gratuity.

Thank you to our incredibly generous sponsors!